IN THE AFTERMATH OF THE GREAT WAR, THE TOWN OF ALBERT WAS COMPLETELY REIMAGINED AND RECONSTRUCTED IN A MORE MODERN AND FUNCTIONAL REGIONALIST, ART DECO STYLE.

Select the territory to discover its riches

At the heart of Ancre, the Notre-Dame de Brebières basilica is the most spectacular architectural element you can find! The unmissable Somme 1916 Museum is found at the foot of this magnificent Lourdes of the North which, 10 metres underground along a 250-metre-long passageway, recounts the history of the life of soldiers during the Battle of the Somme and the Great War. 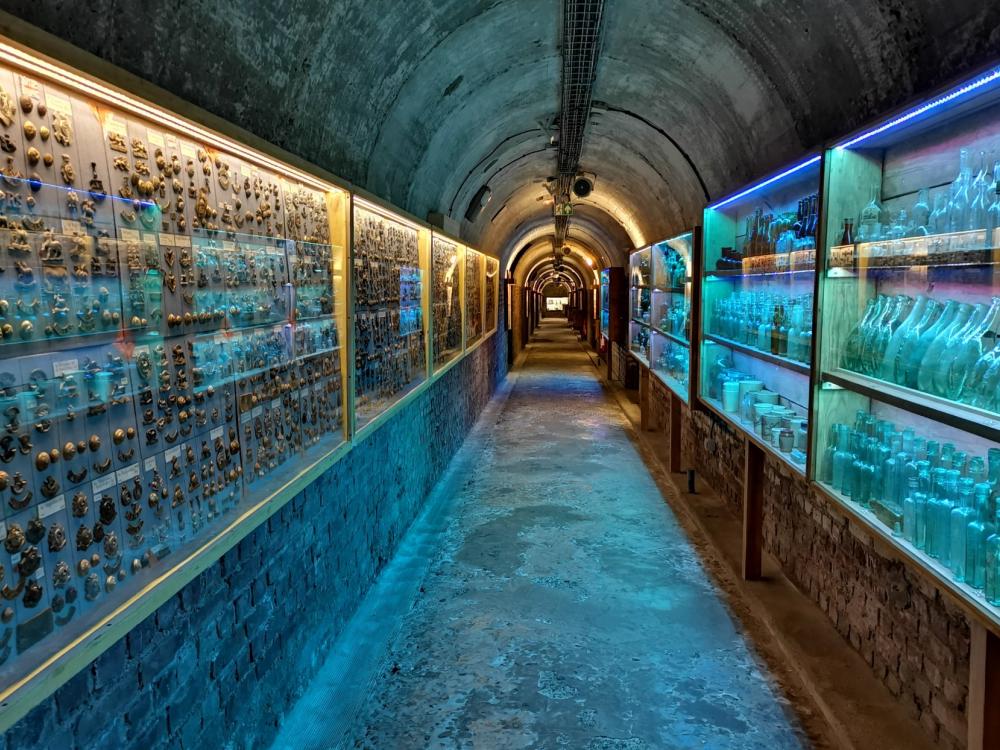 The Somme 1916 Museum is found in Albert at the heart of the Somme battlefields. Built in an underground 13th-century section restored to function as an air-raid shelter in 1938, the museum extends along a 250-metre-long gallery 10 metres underground.

It’s the only museum entirely dedicated to the Battle of the Somme. This international battle brought together over three million soldiers from some twenty countries from the 1st of July to the 18th of November 1916.

The collections of the Somme 1916 Museum are exceptionally abundant. They’re presented across fifteen recreated scenes, offering a very moving and realistic depiction of the lives of soldiers in the trenches during the Battle of the Somme in 1916.

The byzantine revival architecture of the basilica in Albert is, without the shadow of a doubt, the most spectacular building in the town. Constructed at the end of the 19th century, this huge brick building stands out for its minaret-like steeple, which is topped with a dome sporting a golden statue of the Madonna. Madonna With Child, this work by celebrated sculptor Albert Roze from Amiens, is covered with 40,000 gold leaves!

An outer gallery located 60 metres above ground allows you to go around the steeple and enjoy a magnificent panorama overlooking the town of Albert and the Somme Valley.

Crossing the threshold into the basilica, visitors can’t help but be surprised by the exceptional use of colours dominating the building’s interior: byzantine revival paintings, murals and mosaics, art deco statues, remarkable windows...

Destroyed during the Great War, it was reconstructed identically between 1927 and 1931 by the son of the architect Louis Duthoit. It’s definitely worth a visit when you head to Albert in the Somme.

Although the Great War severely affected the city of Albert, the reconstruction of the city from 1920 to 1930 allowed it to be embellished in a homogeneous way in the fashion of the time: the Art Deco style. This artistic movement was born in the 1910s and came into its own after the First World War. Architects demanded simplicity and geometry, without any superfluous ornamentation.

Art Deco is especially present in the city centre of Albert on the facades of banks, pharmacies, shops, hotels, bars and restaurants. Don't miss the Albert train station, the town hall and the former bathhouse which houses the tourist office. Stroll around the Place Émile Leturcq, the Place d'Armes and the Rue Gambetta.

The style is also found on private houses such as those on Rue Pierre Curie and Rue Jules Ferry with their bow windows and wrought iron balconies. Some imposing houses, churches and public buildings in the Pays du Coquelicot also offer fine examples of Art Deco architecture such as in Méaulte, Ville-sur-Ancre, Bray-sur-Somme, Aveluy, Authuille, Irles and Pys. 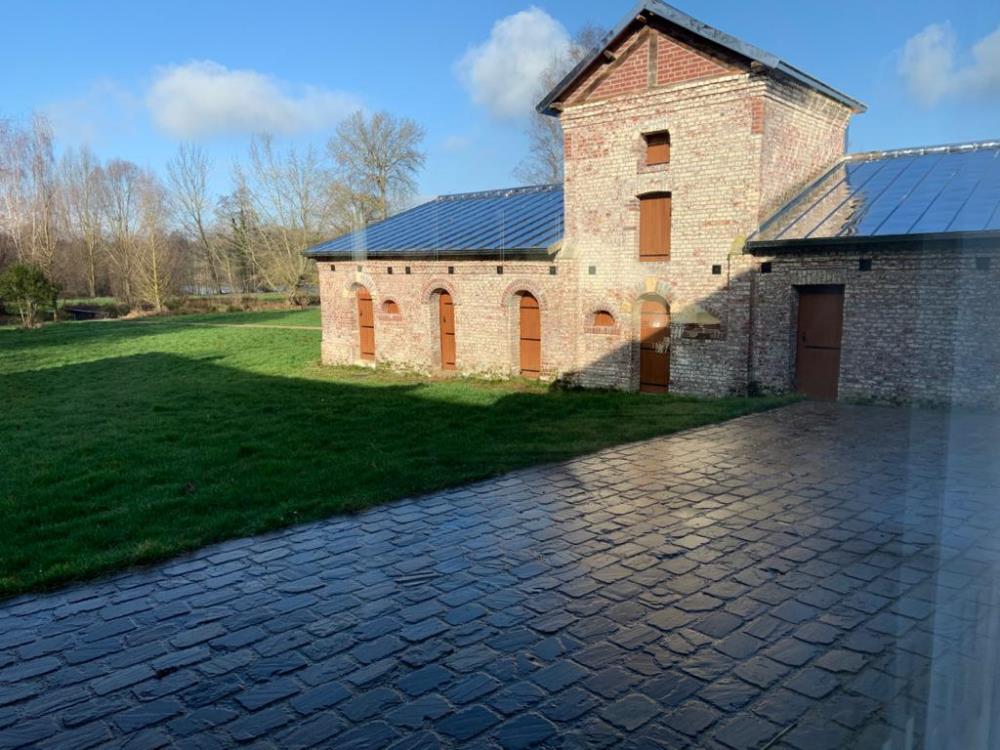 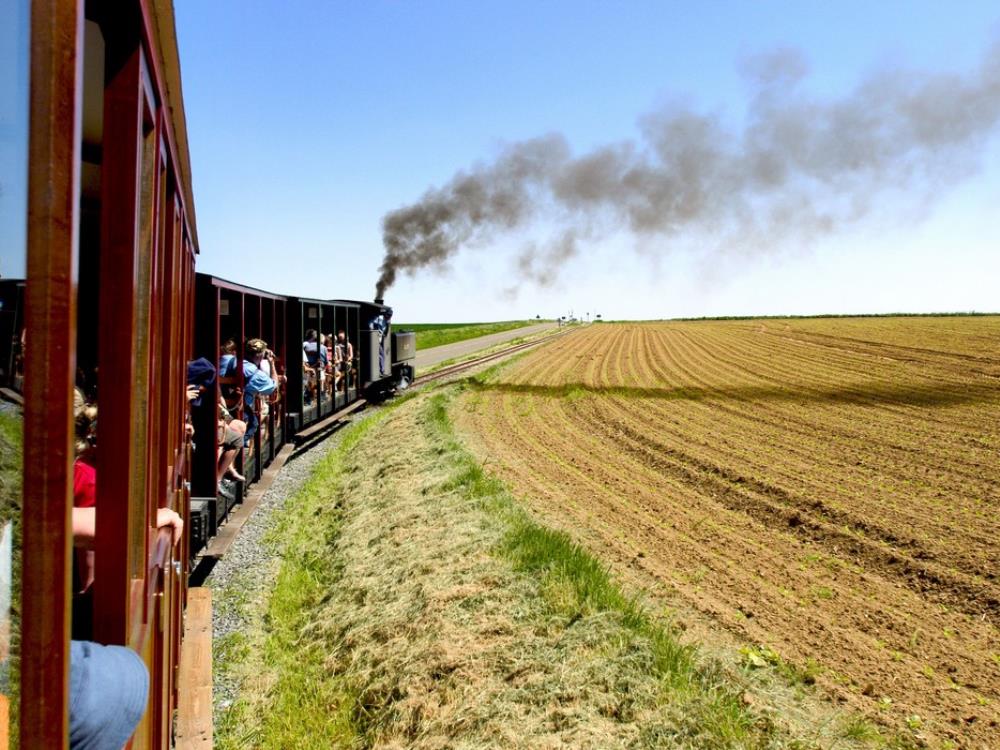 Discover the different things this area has to offer 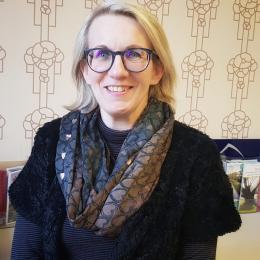