WITH ITS CANALS, HALF-TIMBERED HOUSES, BOUTIQUES AND BARS, THE OLDEST PART OF AMIENS HAS BECOME “THE PLACE TO BE” IN the PICARD CAPITAL. 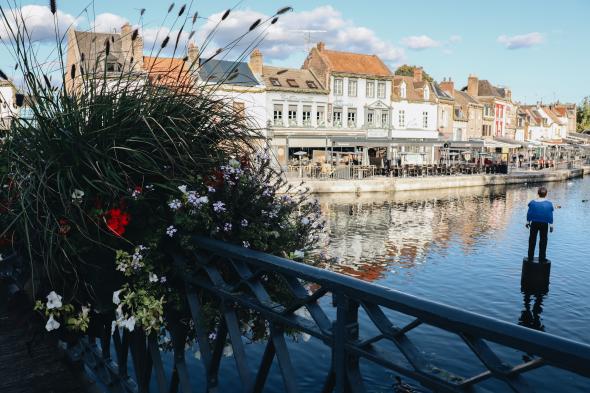 Little Venice of the North

Criss-crossed by branches of the Somme, the Saint-Leu quarter appeared in the Middle Ages. Then, water and mills provided the necessary power for the work of weavers, dyers, tanners and millers. Today, the charm of historic Saint-Leu is an open invitation to stroll through its picturesque alleys between colourful houses, made of wattle and daub, wood and brick.

Designer boutiques, stalls, second-hand booksellers and antiques dealers have sprung up since the rehabilitation of what used to be labourers’ homes in the heart of the city. Located a stone's throw from the Université de Picardie Jules Verne, it is the ideal place to have a drink outside, or meet up with friends for some good food. At nightfall, theatres, concerts and shows make for a typical Amiens atmosphere. 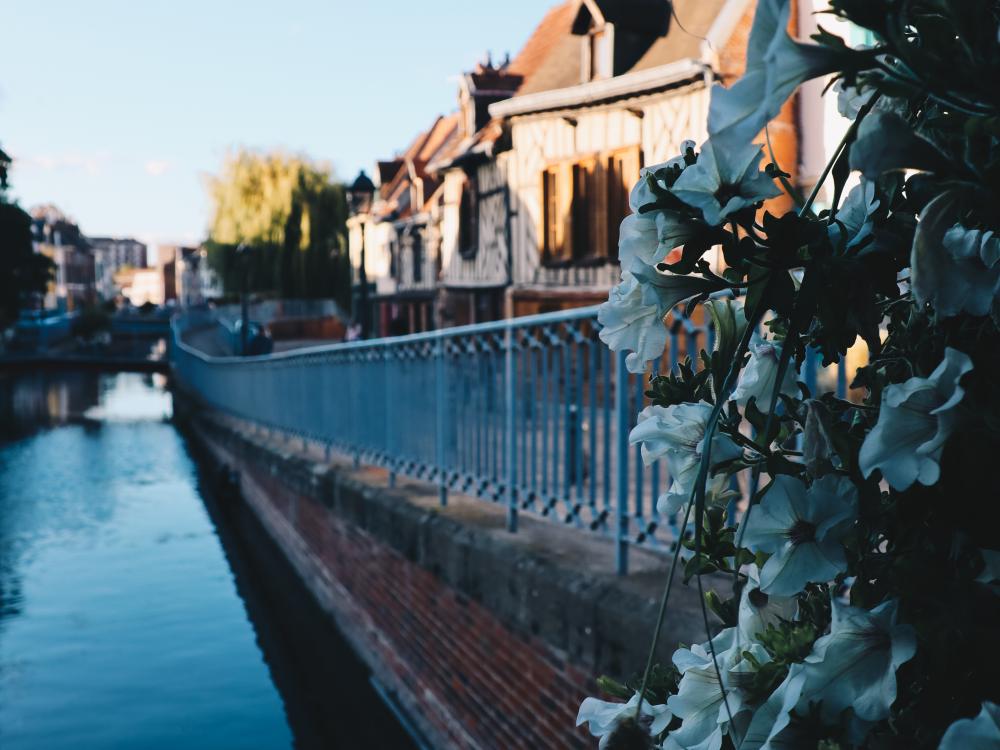 Take a stroll along the canals

Leaving the Notre-Dame cathedral district, go from the upper part of the city to the lower side to reach Saint-Leu. Take the footbridge to the Place du Don where the city’s oldest houses, known as gabled houses, are found.

“Chés Cabotans d'Amiens” puppet theatre, established in a former cloth mill is just one illustration of the city’s great tradition of puppetry. The wooden figures, controlled by rods and threads, are called cabotins in Picard, and they represent the soul of the quarter. The hero, Lafleur, originated around 1811 in Saint-Leu, which had up to nineteen puppet theatres. This rebellious but loyal character dominates Square Aristide Briand.

Don’t miss the “Passe-avant” and “Passe-arrière” mills which are the last two witnesses to a time when there were nearly twenty-five mills in Saint-Leu. The mills ground wheat, woad leaves (used for pigment for the famous Amiens blue), bark, and some were fulling mills for fabrics... 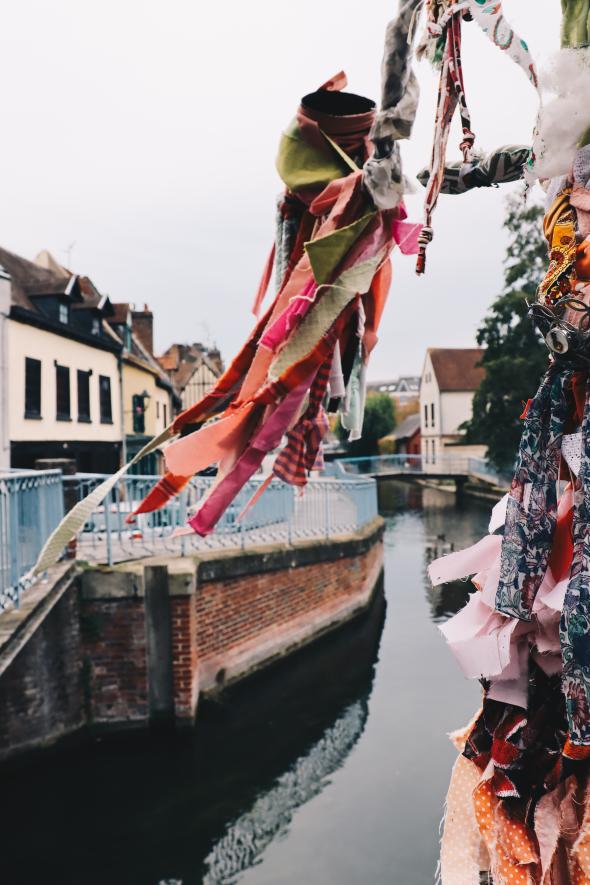 Throughout the year, and according to the seasons, a wide range of events, concerts and theatrical performances are on offer in Saint-Leu.

The market on the water

Once a year, as part of June’s “La rue est à Amiens” festival, the market on the water takes place as before. The Hortillonnages market gardeners, in traditional costumes, arrive at the quayside with their “barques à cornet” gondola-like boats loaded with fruit and vegetables.

On the first weekend of September, the ‘les Médiévales au bord de l’eau’ festival plunges Saint-Leu into a medieval atmosphere: visitors can learn about daily life in the Middle Ages, the customs and trades, in typical period settings.

In the heart of the district, the Ciné Saint-Leu, Maison du Théâtre, Théâtre de Marionnettes, and Lune des Pirates (concert hall) offer a rich cultural and entertainment programme all year round. 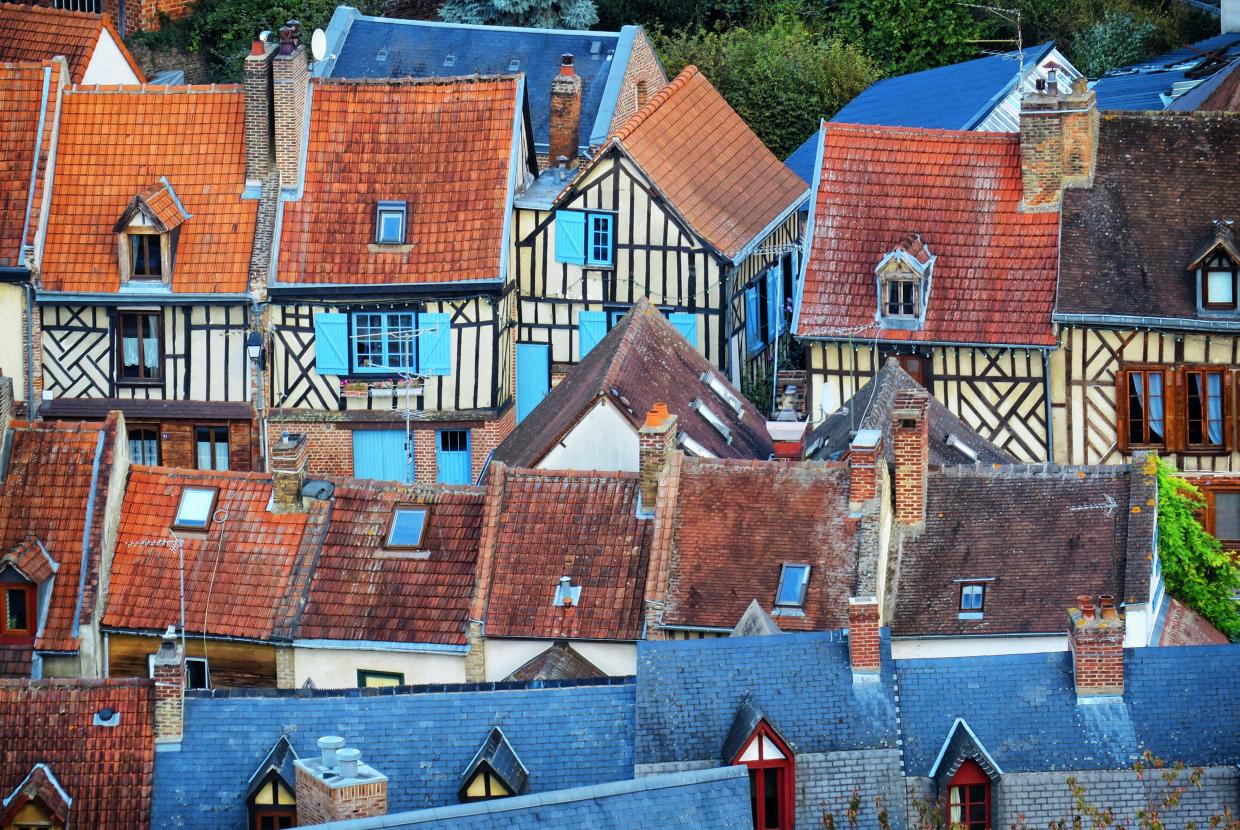 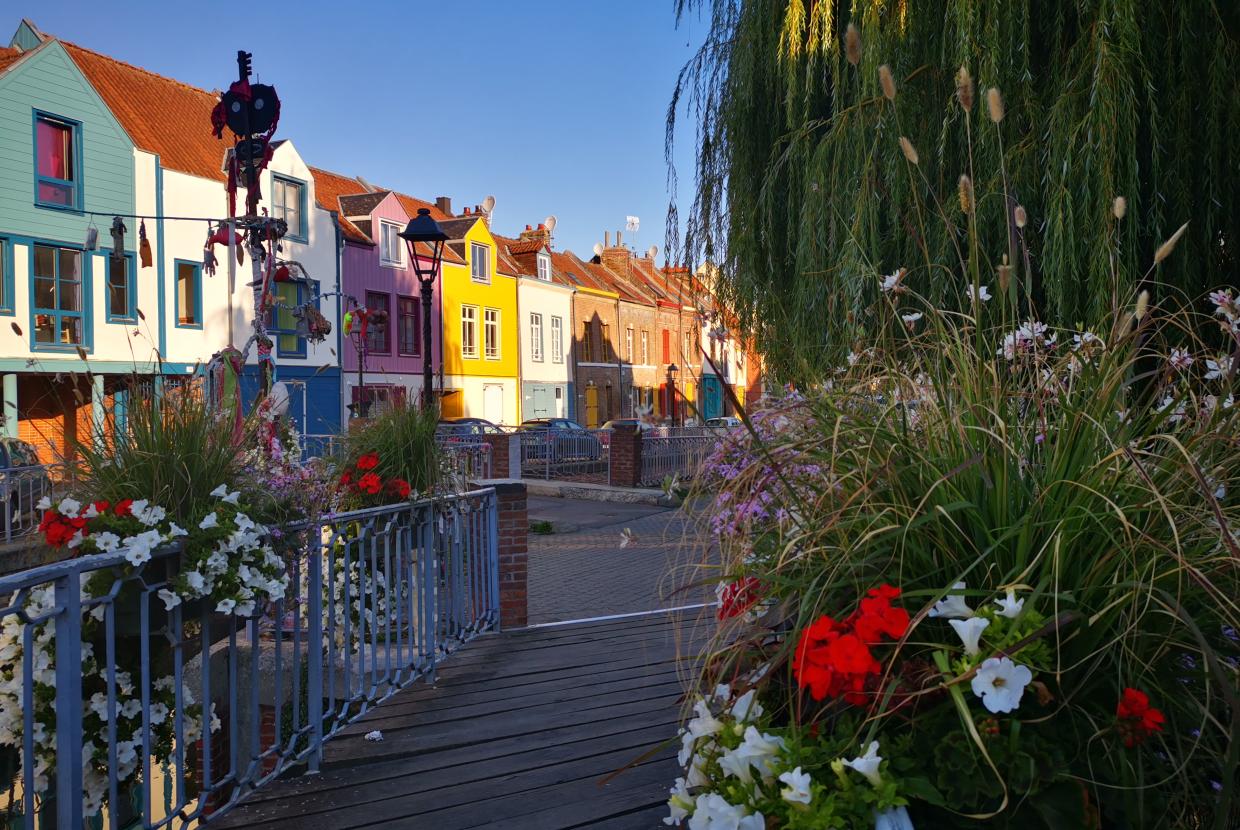 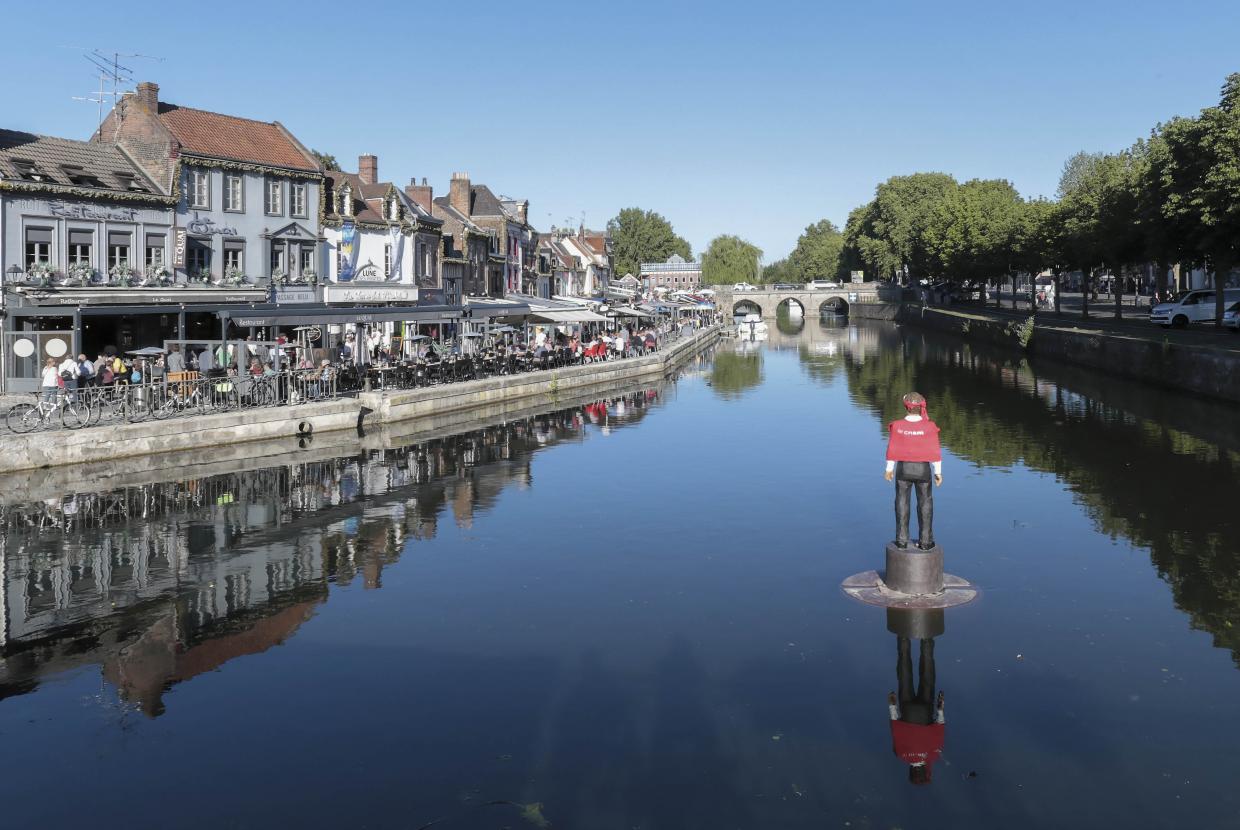 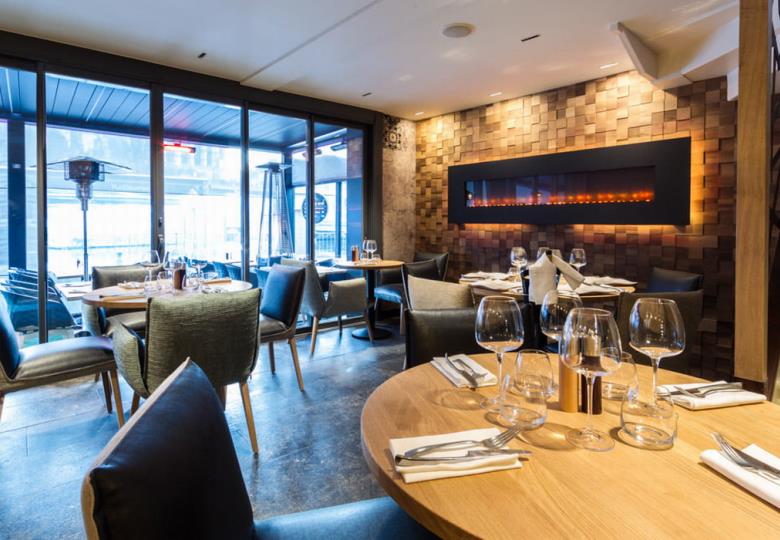 You will appreciate : The stylish avant-garde setting, the view of the cathedral from the large terrace (heated in... 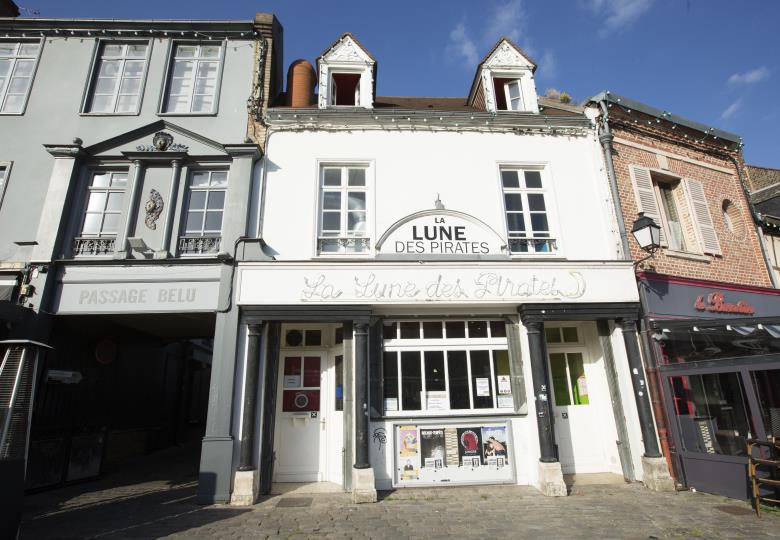 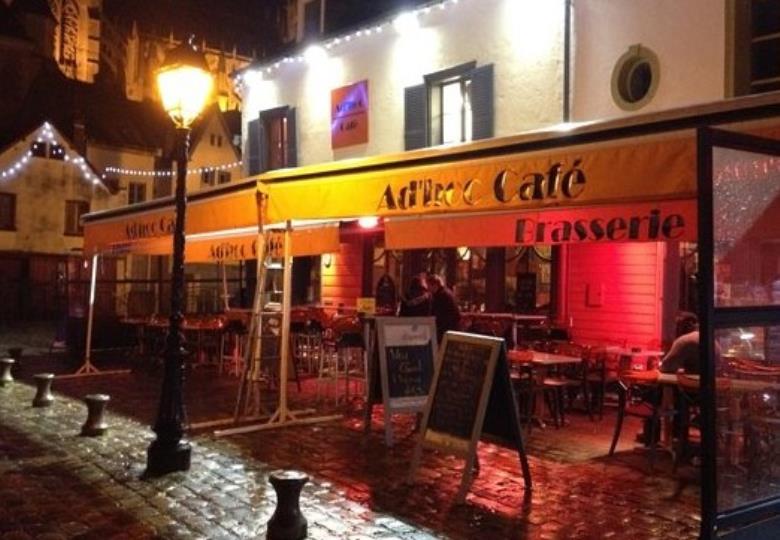 You will appreciate : The friendly atmosphere of an English pub, the dishes on the chalkboard are extra-fresh and... 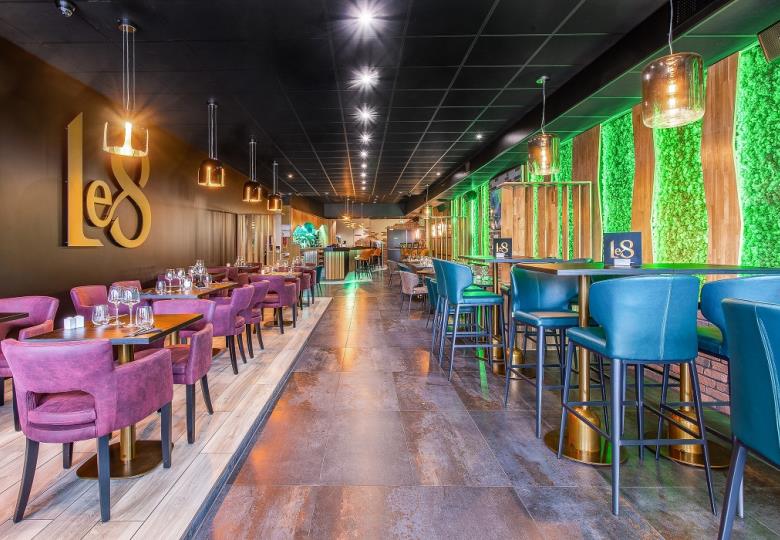 You will appreciate : The cosy chic ambience. Cocktails prepared with impressive skill and a chalkboard that proposes...

Starting at 4
Find out more
Incontournable